From “Half” to “Double” ―The Change We Need―

From “Half” to “Double”: The change we need

“Where are you from?”  This very simple question troubles me a lot.  I really don’t know what to answer.  Even worse, the dead line for this question is getting closer every year.

At the moment I have dual-citizenship; I have two nationalities, two passports.  My father is Japanese, my mother is Brazilian and I was born in England.  I have lived in some other countries as well but there is nowhere I have lived as long as in Japan.  I have lived here more than ten years!  This is my home!  Yet I am still at a loss when this question comes up.

Now I’m facing the decision of my life!  Before my 22nd birthday I must give up one of my nationalities.  The fact that I am half Japanese and half Brazilian will never change.  My blood will always be the same, but legally it won't.

I have always been called “half” here in Japan.  Now I am accustomed to this word, but when I was small, I always wondered why this word was used.  It is not like my upper half is Brazilian or my left side is Japanese, so I thought it was very peculiar.  The other day one of my teachers told me he had read a news article that said the word “half” was going to change to “double”.  I think that the word “half” has a negative meaning, silently saying that this child only has “half” of this country’s identity.  But “double” adds on: the values increase, while the diversity is preserved.  Now that the number of international marriages is increasing and more mixed children are being born, I would like to hear us being called “double” instead of “half”.

Now back to what I was saying about having to choose between my two countries. Will I ever stop being “double”?  I think not.  Everyone says we are living in an international world.  But if I choose my Brazilian nationality, I would never be able to be a teacher in a public high school like my Japanese grandparents.  Most of all I would never be able to vote in the country where I have lived for so long.  On the other hand, if I choose my Japanese nationality, I would never be able to go back to Brazil as a Brazilian citizen.  Getting a job in Brazil would be complicated since I would be considered a foreigner.  Why should we be forced to choose between nationalities when they are so strongly connected to us?

Law and institutions have changed over the years, adapting as the number of international children has increased.  Right after the Second World War non-Japanese children didn't have the right to any nationality.  Things changed, and until 1984 the mixed raced children could only have the nationality of their fathers.  Nowadays we have the right to choose one of them.

If we are now living in a truly international world, I wonder what Japan is doing.  Are they trying to force international children to leave?  What a great loss.  I think it is important to stop for a minute to think what aspects of a mixed child are double.  I have met quite a number of double children.  The majority speak more than one language and have traveled to their parents’ countries.  I myself have been to Brazil almost every summer.  Like my mother and I, many families watch international news and shows at home.  We discuss with our parents what is happening there and we learn about the culture through such discussions.  We have “double” the language, “double” the cultures, and most important of all, we have “double” the love for both of our nations.

By forcing people with dual citizenship to choose one or the other, Japan is losing many people who have the potential to help this country.  We can see both sides, the good and the bad, of both countries and we could learn a lot from each other.  The way people become friends easily in Brazil, how well organized people are in Japan.  To be able to share these positive points, I think you need to know both sides very well.  There has to be someone to form a bridge between countries.  This is important, particularly when the present state of Japan’s international relations is less than satisfactory.  It goes against our “double” nature to see our countries in disagreement.  I think there is no one as suited to work between the countries as us “double” people, because we grew up with multiple cultures, and thus can understand nations better than anyone. 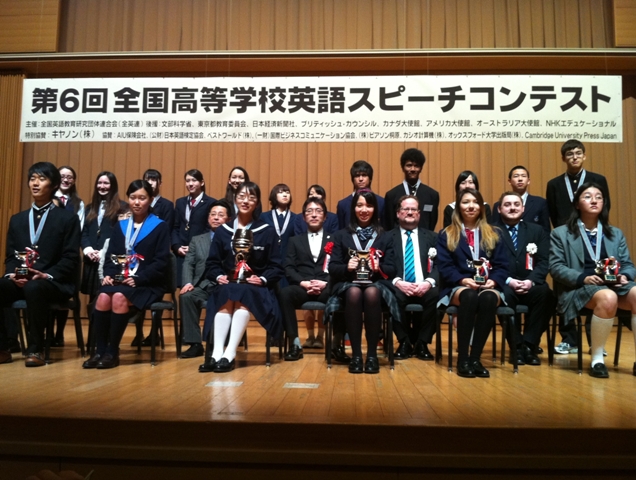